When Should I Replace My Air Conditioning Unit? 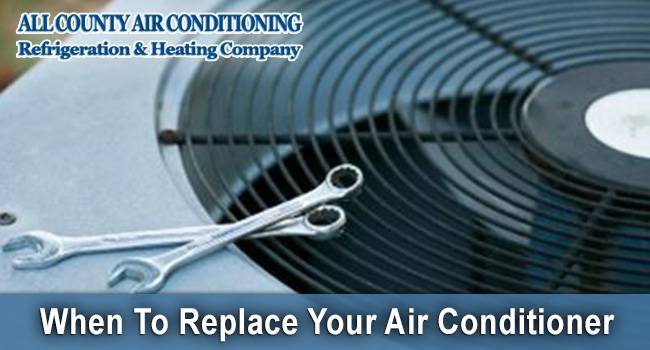 When Should I Replace My Air Conditioning Unit?

So much has changed in the world of air conditioning in recent years that if your system has almost any significant breakdown—or if it’s just not keeping you as cool as it used to—it may be worth replacing it instead of repairing it. As of 2010, for example, manufacturers must use a new kind of refrigerant that’s not an ozone-depleting chlorofluorocarbon. And a new system can use less than half the electricity of your old one while doing a far better job of keeping you cool and comfortable.

If your air conditioner is more than ten years old, repair is probably not worth the expense, unless it’s a simple problem like debris clogging the condensing unit or a worn fan belt. Still, to best weigh your repair-or-replace decision, ask your contractor to assess not just the condition of your existing equipment, but also the ducts that deliver the cool air and the overall quality of the insulation in your house. Improving those elements might increase the effectiveness of the system as much or more than installing new machinery.

Assess the efficiency of your current system

Even if your central air conditioner is just 10 years old, it could suck up to twice the electricity that even a low-end new one would use. That’s because it operates at or below 10 SEER, or Seasonal Energy Efficiency Ratio, which is the amount of energy needed to provide a specific cooling output. Until 2006, 10 SEER was standard, but these days, the minimum allowed by federal law is 13 SEER. That translates to 30% less electrical consumption and 30% lower cooling bills than equipment installed just a few years ago.

Inspect the condition of the duct work

You could upgrade to the highest efficiency gear available and still not feel comfortably cool on hot days. That’s because the equipment are only part of the central air system. The average house’s duct work leaks 10% to 30% of its air before it can reach your living space, according to Pacific Gas & Electric. Before deciding whether to repair or replace your condenser and blower units, your technician should run a duct-leakage test, by sealing the vents and measuring how much air escapes the system.

If the ducts are inefficient, he can locate and seal the gaps, or replace the duct work entirely with new, insulated pipe. Your technician may recommend doing the duct improvements in conjunction with replacement of the equipment or may recommend only one or the other job.

Consider the building envelope itself

If your house is poorly insulated, it’s putting a strain on your aging air conditioner. Resolving the house’s flaws may mean that your old system will have enough cooling power to continue to do the job for a few more years. Or it may enable you to buy a smaller replacement system, lowering your upfront and ongoing energy costs significantly.

Your heating and cooling contractor should assess and, if necessary, upgrade the building envelope. For example, he might seal gaps and cracks in the outer walls and attic floor, or he might blow insulation into the walls, either of which could knock as much as 30% off your heating and cooling costs. Insulation also may get you a $500 federal tax credit, and in some cases, it may be a more effective solution to your cooling problems than replacing your equipment.

Make sure a new system is sized right

If you decide to replace, make sure the contractor’s bid includes a load calculation, which is a computer printout showing how big a system you need and why.

Air conditioning is measured by the ton, which is the cooling power of a one-ton block of ice melting in 24 hours. Some old-school installers use a ballpark estimate for sizing equipment—say, one ton for every 400 or 600 square feet of living space. But that typically leads to systems that are too big, according to Greg Gill of Action Air Conditioning and Heating in San Marcos, Calif. Not only do over sized systems cost more, but they also do their cooling work too quickly, which means more frequent on/off cycles, wearing out components and gobbling electricity. Plus, they don’t have a chance to effectively dehumidify the air.

Good contractors use load-calculating software that factors in such data as the number of windows in your house, the thickness of insulation, the configuration of the attic, and the building’s orientation to the sun. It produces not only an exact tonnage requirement, but determines how much cool air each room needs. All bids (get at least three, from licensed, well-regarded companies) should include this one-page printout. 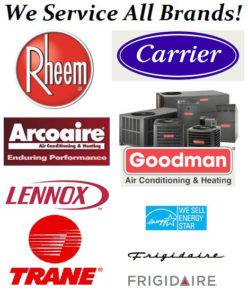 If you are in the same position that I was....desperately in need of AC service and overwhelmed with internet options....go no further. Yesterday I awoke to an(...)